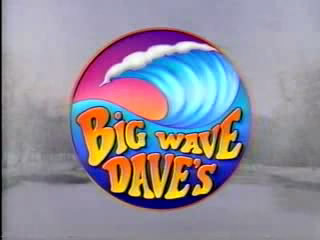 The pilot episode opens with three friends, Marshall Fisher (Adam Arkin), Richie Lamonica (Patrick Breen) and Dave Bell (David Morse) sitting in a bar during a Chicago blizzard. Marshall has just lost his job at a law firm his father started, Dave is divorcing his wife, and Richie is unsatisfied with his life as a typing teacher. Dave has always had the dream of starting a surf shop in Hawaii called Big Wave Dave's, and the whole club starts dreaming about it. Dave suggests to really do it; the rest of the guys are a bit doubtful, but the eventually decide to go in. But than they think about Marshall's wife, and they have to convince her. That same night the three guys go over to Marshall's house to convince Marshall's wife Karen (Jane Kaczmarek). Out of the blue, Karen decides to go along with them.

The remainder of the short lived series involves the quartet's adventures on the island.

The creators of the series, Ken Levine and David Issacs, were Emmy-winning writers from their previous work on M*A*S*H and Cheers. After the show ended, they would be nominated for another Emmy for their later work on Frasier. Although it appears the show was only designed to be a short-term series, Levine remembers it fondly at his blog

as one of his favorite jobs, due to the complete absence of ExecutiveMeddling.

The pilot is available for viewing at Ken Levine's blog here.