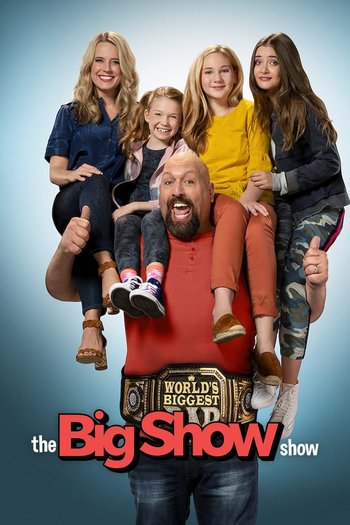 The Big Show Show is a Dom Com that was released on Netflix on April 6, 2020. It stars the Big Show as a fictional version of himself.

Paul Wight is a retired wrestler living in Tampa, Florida with his wife and two daughters. His life gets shaken up when Lola, a daughter from a previous relationship, moves in with him after her mother takes a job in Belgium. This shake-up in his life makes Paul realize that he's a bit bored with retirement and wants to find a second act.

Netflix decided on August 31 the same year not to order a second season, although a series-ending Christmas Special was released on December 9, 2020.