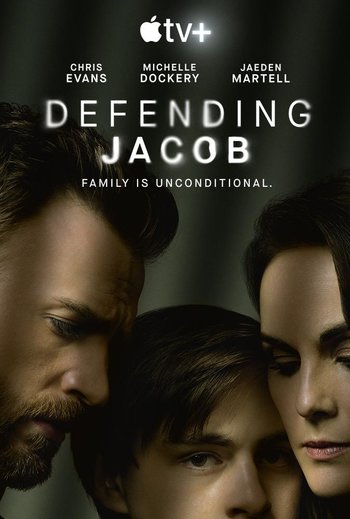 Defending Jacob is a 2020 AppleTv+ miniseries based on the book of the same name by William Landay.

It stars Chris Evans, Michelle Dockery and Jaeden Martell, and it centers on Andy Barber (Evans) a small-town prosecutor whose world is upended when his 14-year-old son Jacob (Martell) comes under heavy suspicion for the brutal murder of his classmate.

He and his wife Laurie (Dockery) try to hold down and support their child, but have different reactions to what happens: Andy is about defending his son no matter what, while Laurie will stop at nothing to uncover the truth.