Series / When Things Were Rotten 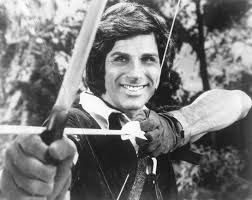 They laughed, they loved, they fought, they drank,
They jumped a lot of fences,
They robbed the rich, gave to the poor,
Except what they kept for expenses!

So when other legends are forgotten,
We'll remember back when things were rotten,
Yay for Robin Hood!
Theme Song
Advertisement:

Much of the show's style were hallmarked with one-liners, sight gags and literal humor the humor being anachronistic and lampooning of the of 1970s social concerns.

Despite critical acclaim, the series full of rapid-fire Mel Brooks style of comedy was out of place on network television and was canceled after thirteen episode when it failed to find an audience.