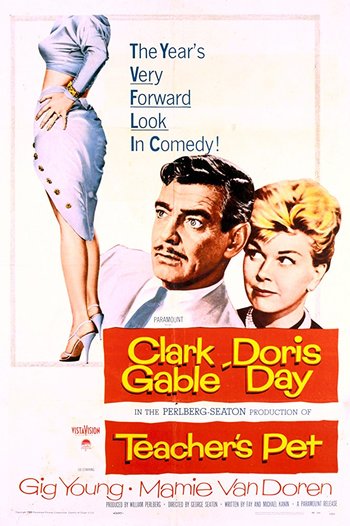 Journalism teacher Erica Stone (Day) asks journalist James Gannon (Gable) to speak to her night school class. He turns down the invitation via a nasty letter to her. His managing editor, however, orders him to accept the assignment. He arrives late to find Stone reading aloud his letter and mocking him in front of her class. Humiliated, he decides to join the class as a student in order to show up Stone and get his own back by posing as "Jim Gallagher". The instructor is somewhat intrigued by this charming older man, whom she finds an exceptional student, while Gannon becomes attracted to Stone.