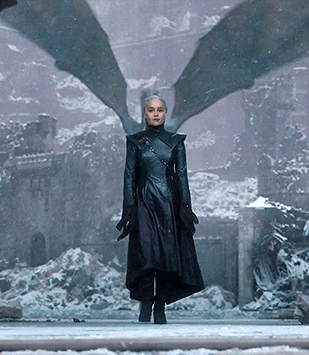 In visual media, a character is framed in such a way that for a brief moment, it appears as if they have actually gained wings. However, it's soon revealed it was only a composition and a camera trick and the wings belong to an animal or a statue. Similar effects can be done with photography or advertising.

Similar to Background Halo, it makes for a very surprising and usually beautiful, stunning or awe-inspiring shot. The character is usually heavily connected to the symbolism of the winged creature, be it a butterfly, a bird of prey, a bat, a dragon, a demon or an angel. White feathered angelic wings mean the character is pure and innocent. Bat-like demonic wings signify the character is evil and diabolical. Butterfly wings might show that the character is beautiful but fragile.