Film / Empire of the Sun 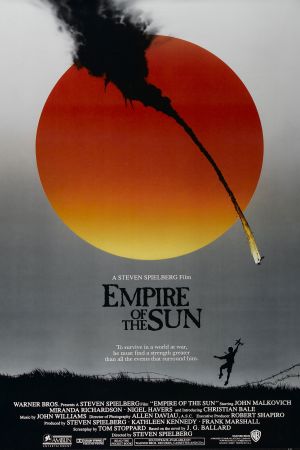 Empire of the Sun is a 1987 American Coming of Age war film based on J. G. Ballard's semi-autobiographical novel of the same name. Steven Spielberg directed the film, which stars Christian Bale, John Malkovich, Miranda Richardson, and Nigel Havers.

The film tells the story of Jamie "Jim" Graham (Bale), a young boy who goes from living with his wealthy British family in Shanghai, to becoming a prisoner of war in the Lunghua Civilian Assembly Center, a Japanese internment camp, during World War II.

Not to be confused with the Australian electronic music duo of the same name (especially since Word of God has confirmed that they didn't name themselves after this work).