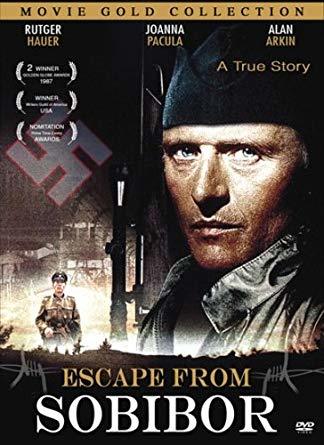 Escape from Sobibór is a 1987 British Made-for-TV Movie that dramatizes the 1943 escape of over three hundred prisoners from the Sobibór extermination camp. Inmates who were selectively spared for their skills in manufacturing material goods plot their escape from the camp, in part utilizing the skills they possess to make it happen. The film stars stars Alan Arkin, Joanna Pacuła and Rutger Hauer; it is based on the book of the same written by Richard Rashke, and camp survivor Thomas Blatt (who helped Rashke with his book) served as a consultant.

Escape from Sobibór contains examples of the following tropes: