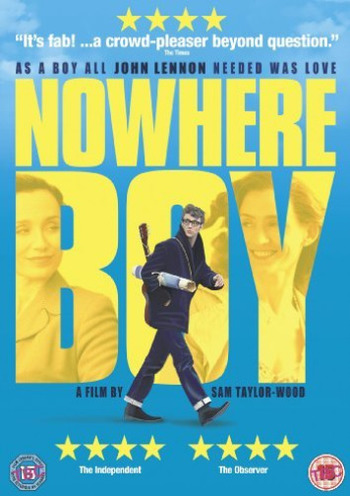 Nowhere Boy is a 2009 film about the life of a teenaged John Lennon, played by Aaron Johnson.

Set in Liverpool, it deals with Lennon's relationships with his aunt and guardian Mimi Smith (Kristin Scott Thomas) and his free-spirited mother Julia (Anne-Marie Duff), as well as his friendship with Paul McCartney (Thomas Brodie-Sangster) and the formation of The Beatles.