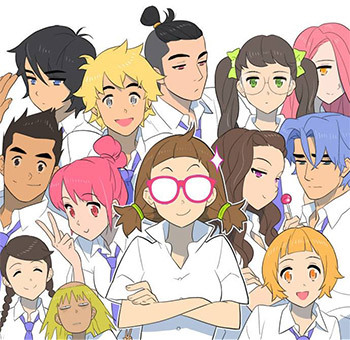 The world is in peril and only because God was too kind for his own good.

Giving the most unhappy person in the world, a Korean school boy named Lee Hyun, one free wish, he causes the end of the world because the boy wishes so.

To make up for his blunder, he tells the happiest person in the world, manhwa artist Oh Duk Hee, to make the boy change his mind in 100 days. As her aides she gets a nine-tailed fox, a grim reaper, a vampire, a Magical Girl, a superhero, a wizard, an angel, a devil, a Robot Girl, an insane girl, a zombie girl and a plant, the so called new 12 Apostles.

They try their best to revive Lee's will to live, at first rather light-heartedly, but as time marches on, their struggle gets more desperate as their wills are slowly broken as they succumb to the feeling of utter worthlessness.

Not to be confused with the biopic of a young John Lennon.