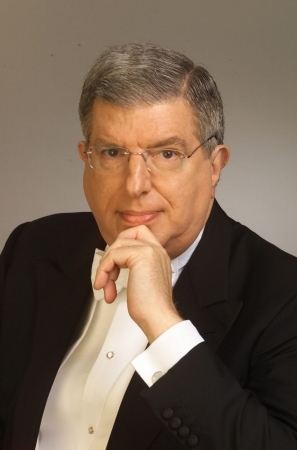 Marvin Frederick Hamlisch (June 2, 1944 — August 6, 2012) was an American composer, songwriter and conductor. In his life and career, Marvin was among the most acclaimed names in music. He was one of fifteen EGOTs (winners of an Emmy, Grammy, Oscar and Tony), one of ten people to win three or more Oscars in one night (the only person other than a director or screenwriter to do so), and he was one of only two people to win those four awards and a Pulitzer Prize (the other being Richard Rodgers). He also won two Golden Globes.

Born in New York City to Austrian immigrants, his father, an accordionist and bandleader, saw that he demonstrated great musical talent at a early age, and helped him enroll into the Juilliard School of Arts (specifically, what has become the Juilliard School Pre-College Division) at age 7.

His first job was as a rehearsal pianist for Funny Girl with Barbra Streisand, which led to a lifelong friendship and musical partnership.

Liza Minnelli's 1964 debut album included a song he'd written as a teenager ("The Travelin' Life"), but he'd first reached national prominence in 1965, when the song "Sunshine, Lollipops and Rainbows", co-written with Howard Liebling, was recorded by Lesley Gore, hitting #13 on the Billboard Top 100.

His first work in theater was as an accompanist/straight man to Groucho Marx in his 1972 one man show An Evening with Groucho.

He found critical acclaim in the 1970s with his adaptation of Scott Joplin's "The Entertainer", famously featured in the 1973 film The Sting, which hit #1 on the Billboard Contemporary charts, as well as #3 on the top 100 of that year, also earning an Academy Award for Best Adapted Score. That same evening, he'd win two more Academy Awards, for Best Original Song and Best Original Score, for The Way We Were, making him the second person to win 3 Oscars the same evening after Billy Wilder.

In 1975, he collaborated with writers James Kirkwood, Jr. and Nicholas Dante, lyricist Edward Kleban, and choreographer Michael Bennett as composer for the Broadway musical A Chorus Line, which won the Tony Award for Best Musical Score and the Pulitzer Prize for Drama, and was the longest-running Broadway show until Cats broke its record. (Ironically, Webber pitched the musical to Hamlisch and Harold Robbins ("Hal, it's about cats"), but Hamlisch was already booked.)

He passed away in August 2012 at age 68 after a brief illness. During the last years of his life, he was an accompanist with Idina Menzel, and at the time of his death, he had been picked as the new conductor for the Philadelphia Pops Orchestra after having worked with the Pittsburgh Pops since 1995.

Tributes were widespread throughout the entertainment world, from Broadway dimming their lights, to Barbra Streisand singing "The Way We Were" during the "In Memoriam" segment of the 2013 Academy Awards.