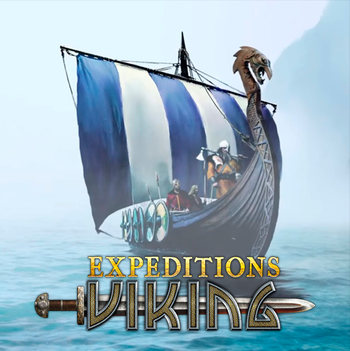 Expeditions: Viking is a tactical Role-Playing Game developed by Danish Video Game developer Logic Artists and released on April 28th 2017. It is the sequel to the studio's maiden game, Expeditions: Conquistador, though they have no direct connection apart from similar gameplay, story and general style. Viking largely follows the formula of its predecessor, just set in a different historical setting.