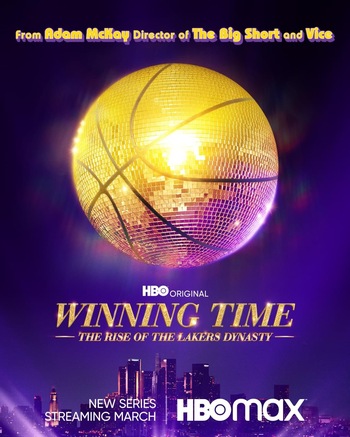 Winning Time: The Rise of the Lakers Dynasty is a 2022 biographical sports dramedy miniseries created by Adam McKay. It was based on Jeff Pearlman's nonfiction book Showtime: Magic, Kareem, Riley, and the Los Angeles Lakers Dynasty of the 1980s.

It follows Jerry Buss' (John C. Reilly) helming of the Los Angeles Lakers basketball team from Magic Johnson's (Quincy Isaiah) rookie year in 1979 throughout its Showtime era, which lasted throughout The '80s and up to Johnson's retirement in 1991.