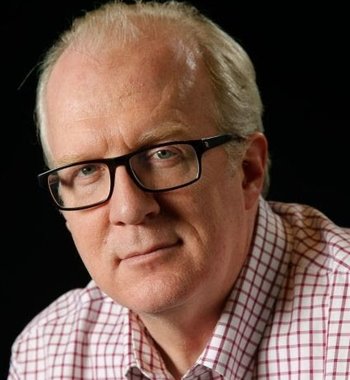 Tracy Letts (b. July 4, 1965 in Tulsa, Oklahoma) is an American actor, playwright, and screenwriter.

Born in Oklahoma to a musician mother and actor/professor father, Tracy was interested in show business from an early age. After a short stint in Dallas where he worked as a waiter and telemarketer while establishing himself as an actor, Letts moved to Chicago at the age of 20 where he became involved in the Steppenwolf and Theatre Company, Famous Door, and the Bang Bang Spontaneous Theatre. It was there that he met fellow actor Michael Shannon, with whom he has since collaborated many times.

In the late 90s, Letts decided to try his hand at playwriting with the result being the acclaimed black comedy thriller Killer Joe. He has since written 10 plays, including Bug, Man From Nebraska, The Minutes, and the Pulitzer Prize -winning August: Osage County. Letts has often cited Tennessee Williams and William Faulkner as inspirations for his writing, and his plays a reflect this.

Throughout this time, Letts has also maintained as active career as an actor on stage, television, and film. He won a Tony Award for Best Actor in a Play when he starred in a 2012 revival of Who's Afraid of Virginia Woolf? and has also made acclaimed appearances in TV shows like Homeland and films such as Lady Bird.

Letts has been married to actress Carrie Coon since 2013.

Work as an actor