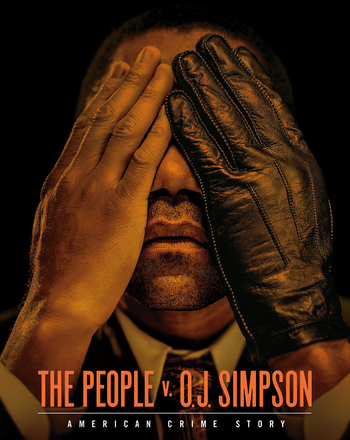 "Evidence doesn't win the day. Jurors go with the narrative that makes sense. We're here to tell a story. Our job is to tell that story better than the other side tells theirs."
— Johnnie Cochran
Advertisement:

Adapted from the non-fiction book The Run of His Life: The People v. O. J. Simpson by Jeffrey Toobin, it covers the infamous O. J. Simpson murder trial that spanned eleven months between 1994 and 1995.