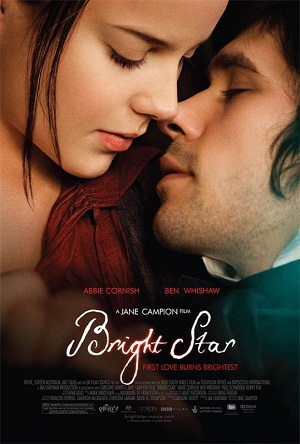 Bright Star is a Biopic based on the last three years of the life of John Keats, the great Romantic Era poet who died of tuberculosis at the ripe old age of twenty-five. In particular, it views Keats through the lens of his muse and Love Interest, Fanny Brawne. Abbie Cornish stars as Brawne, and Ben Whishaw co-stars as Keats.

Written and directed by Jane Campion, who had previously directed The Piano.

The film's title is a reference to Keats' sonnet "Bright star, would I were steadfast as thou art"

, which he dedicated to Brawne.