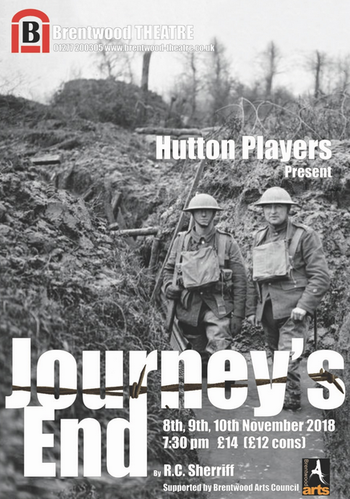 A play written by R.C. Sherriff and first performed in 1928, it tells the story of a group of middle-ranked members of the British army. The overall premise is "War is both unpleasant and unnecessary." However, it is shot through with a vein of dark humour, particularly from Mason and Trotter, making it ring much truer than many of its doom-and-gloom imitators.
Advertisement:

This play includes these tropes: