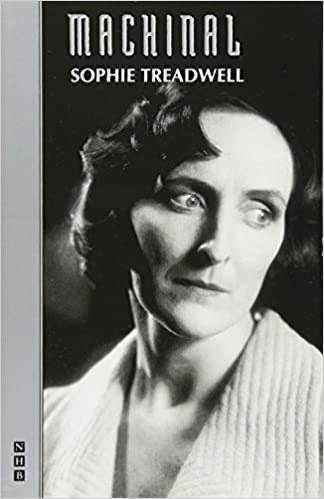 Machinal is a 1928 play by Sophie Treadwell, largely based off the real life murderer Ruth Snyder.

Told over the course of nine "episodes" it follows the story of A Young Woman living in New York during the Roaring Twenties. Stuck in a dead-end job, having to care for both herself and her Mother, she decides to marry her Boss for his money, despite having no feelings towards him whatsoever. After having a fling with a young man whom she meets at a speakeasy, she ultimately decides to murder her husband to get free, and is subsequently arrested and executed for the murder.

The play opened on Broadway and ran for 91 performances at the Plymouth Theatre, with numerous revivals starting in 1960. The play is notable for not naming any of the characters in the script, leaving it entirely up to the dialogue.

You can read the entire script here.