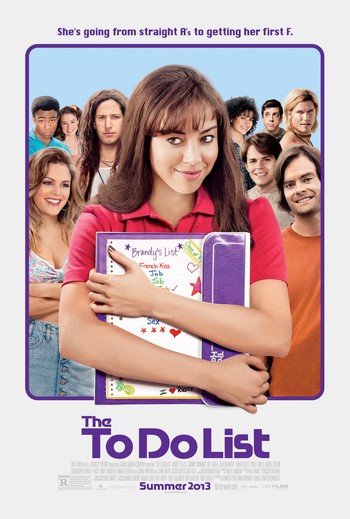 The To Do List is a 2013 teen Sex Comedy written and directed by Maggie Carey and starring Aubrey Plaza.

Brandy Klark (Plaza) just graduated from high school and plans to spend her summer working at a public swimming pool in order to save up for a computer for college. However, at a party, she sees the hunky Rusty Waters (Scott Porter) and resolves to lose her virginity to him by the end of the summer.

But to do that, after a conversation with her more... experienced older sister (Rachel Bilson), she decides to spend the summer getting ready by gaining experience doing all of the things that lead up to sex.