Film / Too Many Cooks 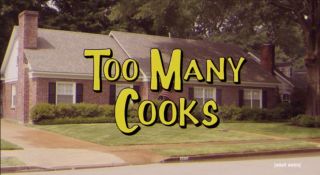 What starts out as a mostly straight spoof of family shows progresses to spoofing work sitcoms, police shows, saturday morning cartoons, and so on. Then things get even weirder, into a Mind Screw unlike the family sitcom it seemed to be. See the whole short HERE

, all eleven mind-scrambling minutes of it.