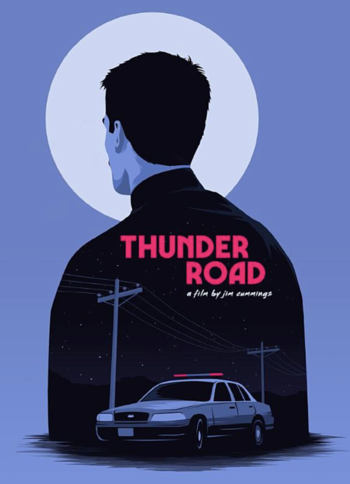 Who dances at a fucking funeral?
"Oh-oh come take my hand
We're riding out tonight to case the promised land..."

Thunder Road is an indie 2018 Dramedy film written by, directed by, and starring Jim Cummings as Officer James Arnaud. Largely dialogue-driven, the film follows Arnaud in the days after his mother's funeral as he begins letting his grief interfere with his job, personal relationships, and custody battle for his daughter.

Based on Cummings' award-winning 2016 short of the same name

, both of which get their title from the song by Bruce Springsteen.