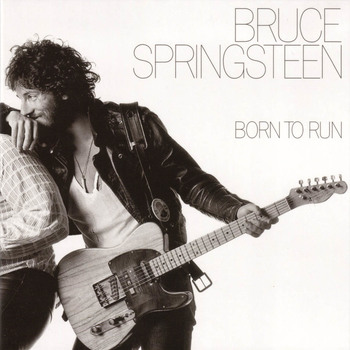 Born to Run is the third album by Bruce Springsteen, released in 1975. The album is very well-regarded for Springsteen's maturation in both lyrical content and musical style, and represents his breakthrough into the public consciousness. Among the first positive depictions of The American Dream in music, the album conjured a romantic vision of optimism and idealism in the wake of hard work and difficulty. The album's rich production and uplifting lyrics helped shape a mythos of American culture that resonated with a generation of Americans who were tired of social upheaval and pessimism toward political turmoil.

However, during the production, Springsteen was fed up with his perceived inability to capture the sound he wanted, and he spent over a year in the recording studio trying to finalize his songs. The title track itself took six months to produce, and Springsteen did his best to create a "Wall of Sound" aesthetic similar to that of Phil Spector. He clashed with the members of his E Street Band and fired his producer and manager. However, positive reviews toward his live performances spurred him on, and Springsteen ultimately achieved the "majestic" sound that later made him an American icon.

While numerous figures in the recording industry (all shamelessly promoted by his label, Columbia Records) pegged him as "the future of rock 'n roll," Springsteen himself hated the label and did his best to allow the hype to die down. Because of this, the singles "Born to Run" and "Tenth Avenue Freeze-Out" had modest success in terms of airplay. The album itself fared extremely well; it became a Cult Classic for many, especially among blue-collar, middle-class youth. It continued to garner further support over the years especially after Springsteen's future albums garnered acclaim and Born to Run was soon established as a seminal classic, with "Jungleland" and "Thunder Road" being standouts, among others.

In 2003, it was inducted into the National Recording Registry for being "culturally, historically, or aesthetically important". With its vivid image of American values and optimism in the face of much discontent, the album loudly portrays vivacity and strength amid disillusionment and desperation.

'Cause tropes like us, baby, we were born to run: