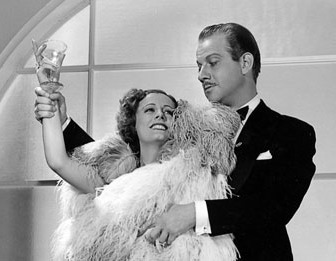 But it all seems to come apart when the book’s cover designer, Michael Grant (Melvyn Douglas), finds out her true identity and decides to free her from her stuffy upbringing. But Theodora won’t take this lying down; soon enough, Michael will get a taste of his own medicine.