Film / How to Rob a Bank 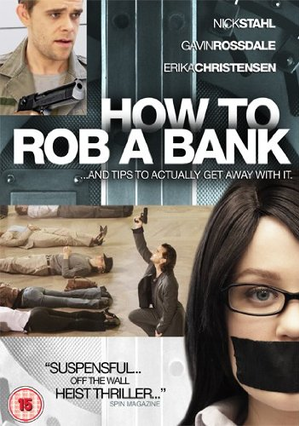 How to Rob a Bank (and 10 Tips to Actually Get Away with It) is an American independent film, with as its subtitle. It finished filming in March 2006 and premiered May 20, 2007 at the Cannes Film Market.
Advertisement:

Young slacker Jason "Jinx" Taylor (Nick Stahl) enters a bank to complain about its ATM fees just as Simon (Gavin Rossdale) and his gunmen enter the bank to rob it. Jinx ends up inside the vault with employee Jessica (Erika Christensen), besieged by the thieves who are themselves besieged by the police on the street. But, when Jinx is contacted on his cellphone by the mastermind of the heist, Nick (David Carradine), the irate ATM customer sees a way to outwit the robbers, the law and the bank.