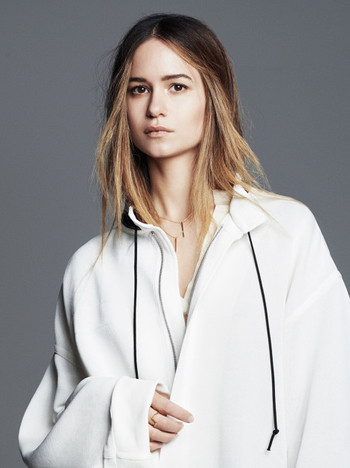 The daughter of American actor Sam Waterston and British model Lynn Louisa Woodruff, she is perhaps best known for her role as the female lead Porpentina "Tina" Goldstein in the Harry Potter spinoff films Fantastic Beasts, opposite Eddie Redmayne as Newt Scamander.

She starred in 2017's Alien: Covenant, the sequel to Prometheus (and prequel to Alien) as Daniels, who's widely speculated to be the mother of Ellen Ripley. Her other prominent film credits include Inherent Vice and Steve Jobs.

Her brothers and sister are also actors or directors. She gave birth to a son in 2019.