Film / Ricki and the Flash 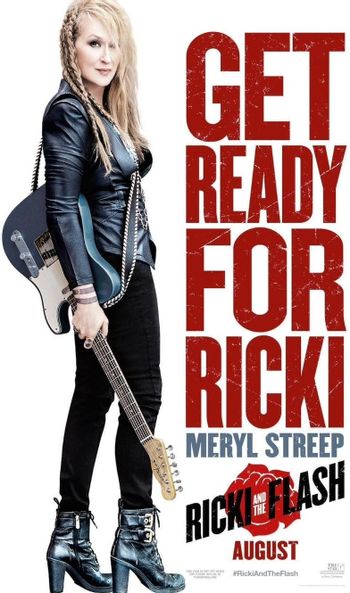 Ricki and the Flash is a 2015 Slice of Life movie, written by Diablo Cody and directed by Jonathan Demme, about Ricki (but not the Flash). The film is Demme's final dramatic work as a director, released before his death in 2017. note His final overall work as a director was the documentary/concert film Justin Timberlake + The Tennessee Kids.

Meryl Streep stars as aging rock musician "Ricki Rendazzo"—real name Linda Bromwell—who abandoned her family years ago in pursuit of fame and fortune, but now mostly plays at a California dive bar in front of a handful of loyal fans while working the till at a supermarket to make ends meet. After receiving a call that her daughter Julie (played by Streep's real life daughter Mamie Gummer) has been left by her husband, Ricki travels back to reconnect with her family.

Ricki and the tropes: