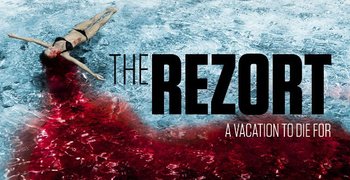 The Rezort is a 2015 British Zombie Apocalypse horror movie set in a hunting safari populated by zombies, in the aftermath of a global zombie war that claimed the lives of 2 billion people. Stars Jessica De Gouw as the protagonist.