Film / Rim of the World 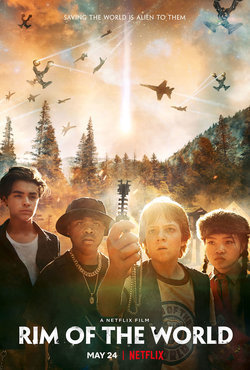 The Goonies meets War of the Worlds as a group of kids away at summer camp find themselves in the middle of an Alien Invasion. They have to work together, despite their differences, to get to the Jet Propulsion Laboratory after a wounded astronaut crash lands and gives them a crypto-key with data vital to defeating the aliens.

A Netflix Original Movie that premiered on 24 May, 2019. Directed by McG, intended as an homage to the kid adventure genre of movies that used to be big back in the 80s.

Rim of the World contains examples of the following tropes: