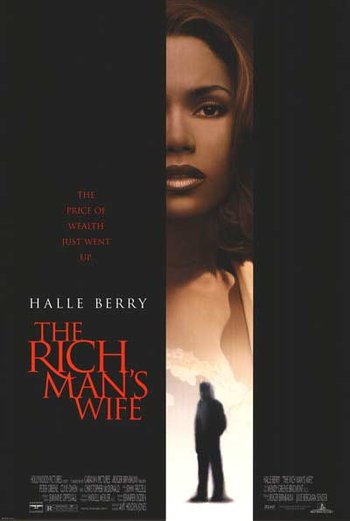 The Rich Man's Wife is a 1996 American thriller film written and directed by Amy Holden Jones and starring Halle Berry.

Berry plays the title character is Josie Potenza, the trophy wife of workaholic Hollywood producer Tony Potenza, but their marriage is crumbling due to his increased drinking resulting from stress at work. She becomes a suspect when her husband is murdered and the investigating detectives are suspicious of her alibi.