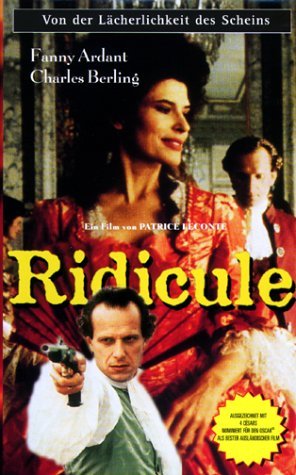 In 1783, the Baron Gregoire Ponceludon de Malavoy (Charles Berling) oversees the Dombes region. The place is a swamp and the peasants living in the area suffer because of the poor conditions. Ponceludon wishes to start a drainage project to improve the peasants' lives and goes to Versailles to obtain the king's backing. However, in order to have any chance of obtaining an audience with the king, Ponceludon has to prove to the corrupt and uncaring Versailles court that he has a sharp wit capable of producing memorable verbal jabs.

Other characters include the Marquis de Bellegarde (Jean Rochefort), a kind doctor who becomes Ponceludon's mentor in Versailles, his daughter Mathilde (Judithe Godrèche), a scientifically-minded young woman Ponceludon falls in love with, and Madame de Blayac (Fanny Ardant), a highly influential countess who may prove to be the ticket Ponceludon needs to see the king.