Film / Prisoner of the Mountains 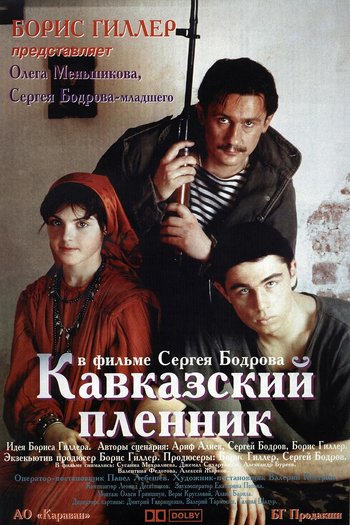 Prisoner of the Mountains is a 1996 film from Russia directed by Sergei Bodrov.

His son Sergei Bodrov Jr. plays Ivan, a young recruit who has just joined the army. Ivan is promptly sent to the front lines of the war with Chechnya, a ethnically and religiously distinct enclave that wants independence from Russia. Seemingly not long after Ivan is sent to war, he is captured when his convoy is ambushed by Chechen guerillas. Captured along with him is Sasha (Oleg Menshikov), a much more experienced combat veteran who initially thinks little of his young comrade.

The reason that the two Russians are captured instead of killed is that Abdul, a Chechen village elder, has a son who is being held prisoner by the Russians. Abdul wants his son back and sends a message offering the Russian soldiers in exchange. The commander of the local Russian garrison doesn't really expect to get his two men back, however, and thus has little interest in the exchange. While Ivan and Sasha are held captive in the village, they bond with each other, as well as with Abdul, and Abdul's 12-year-old daughter, Dina. Meanwhile, Ivan's mother travels to the Chechnya's front to save him.