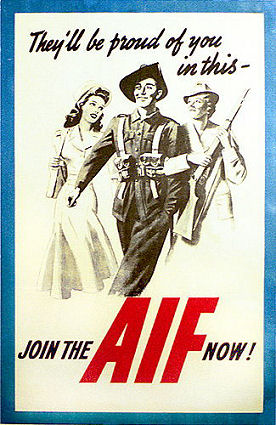 "Proud of" being code for "wanting to bang".
Yao: Bet the local girls thought you were quite the charmer.
Ling: And I'll bet the ladies love a man in armor.
— Mulan, "A Girl Worth Fighting For"
Advertisement:

A character is acknowledged by other characters as being more attractive because they're dressed in some type of uniform.

There's something about a person in uniform. It's not just due to Hollywood's inability to cast unattractive people; something about the cut, colors and symbolism of military drag can bump a person up a couple of points on the hotness meter.

For one thing, uniforms are designed to look… well… uniform, so that troops look good en masse. Dress uniforms are deliberately tailored to create a neat-but-athletic look; tactically practical battle uniforms are less pretty, but have their own appeal… yes, even on females.

It's the martial equivalent of She Cleans Up Nicely. Compare Fair Cop, Hot Men at Work, Hello, Sailor!, and Firemen Are Hot. While traditionally a result of a Female Gaze, that's rapidly changing. Uniformed men sometimes have A Lady on Each Arm, as seen in the trope image.

Doesn't have to do with OTHER kinds of "privates", although they may well possess them…

Note that this is an in-universe trope, not about soldiers that you personally find hot.