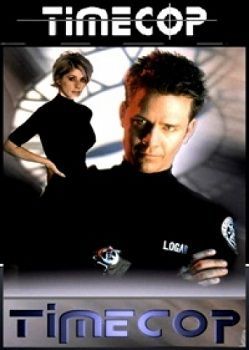 The year: 2007. Time travel is a reality, and it's fallen into criminal hands. With history itself at risk, the United States has formed the Time Enforcement Commission, a top-secret agency responsible for policing the temporal stream.
— Opening Narration
Advertisement:

Timecop is a 1997 TV series spun off from the Jean-Claude Van Damme action movie Timecop. Featuring an all new-cast, the series was unfortunately cut short after less than a season.