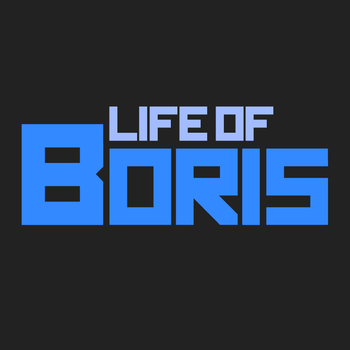 is a YouTube channel owned and operated by the self styled "Slav Superstar" Boris to spread a wide variety of videos from video game showcases to delicious Slavic dishes prepared by the Shashlik King himself. Boris occupies a comfortable niche in the YouTube community as the channel for all your Gopnik lifestyle needs.

He also occasionally uploads more in depth gaming content on his side channel Gopnik Gaming.

At least, he did before he officially discontinued use of the channel.

He is also the proprietor of the WESLAV

that he was unofficially "ending" the channel, citing that he had "done or said everything [he] had wanted to do or say" and that the Youtube Algorithm seems to have caused a downward trend in his watcher and follower count, despite his best efforts to appeal to a wider audience; however, he has also shifted his focus to his new gaming channel, "Soup Kitchen Gaming"

, and intends to leave the original Life of Boris channel intact for one's viewing pleasure.* He also said that he may occasionally upload something to Life of Boris if he finds it appropriate, but for all intents and purposes, he is no longer making videos on a set schedule any more.

"Thank you for watching, my friends. Stay Cheeki Breeki! And I will see you next time."