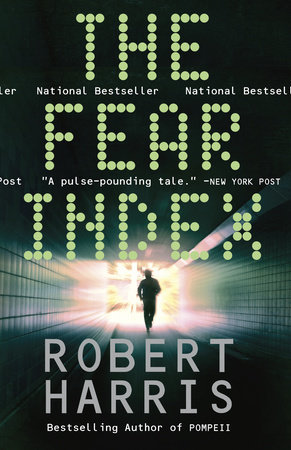 The Fear Index is a 2011 book written by Robert Harris.

Taking place over the course of a single day, we follow the story of Dr Alex Hoffmann, an American owner of a multi-billion dollar hedge fund company currently living in Geneva. He's on the verge of creating a powerful automated algorithmic system which will manage the hedge fund, making the company billions. However, the night before investors are allowed to see the new system, Alex's once-ordered life starts to unravel.

It all started innocently enough; a mysterious rare first edition copy of Charles Darwin's The Expression of Emotions in Man and Animals appears through the post. However later that evening an intruder breaks into his house, knocks him unconscious and things unravel from there.

In 2022 Sky created a 4 Episode Mini Series based on the book.

Note that due to the very nature of the book it's rather hard to discuss many aspects without ruining it. You have been warned.

Provides Examples of the Following Tropes;