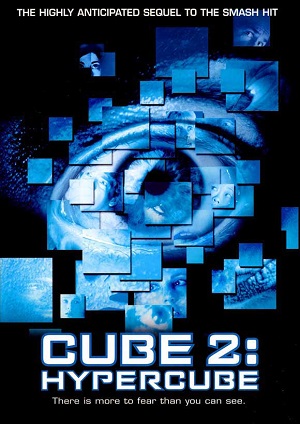 Cube 2: Hypercube is a 2002 Canadian science fiction/horror film and the second film in the Cube series starring Kari Matchett.

A group of strangers wake up to find themselves in a cubical structure with no idea how they got there. As they continue to explore the place they realize that the maze they're in doesn't even obey the laws of physics, with rooms moving around randomly and parallel dimensions intersecting. Some members may even know more about their captors, the mysterious Izon corporation.