Literature / A Master of Djinn 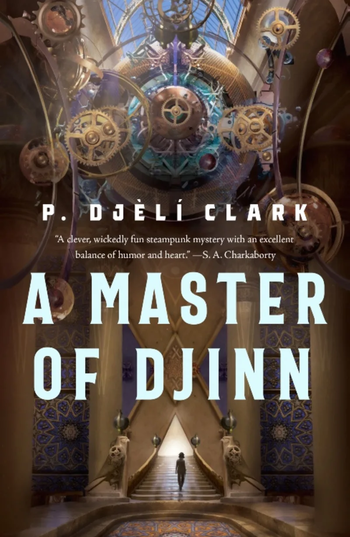 In an alternate history 1912 Cairo, Fatma el-Sha'arawi works for the Ministry of Alchemy, Enchantments, and Supernatural Entities. The members of a secret brotherhood dedicated to Al-Jahiz, the sorcerer who released magic into the world decades ago, are murdered by someone claiming to be the returned Al-Jahiz himself. Fatma investigates the murders, trying to discover the identity of the imposter. This book was released in 2021, written by P. Djèlí Clark. It has three prequel novellas, A Dead Djinn in Cairo, The Angel of Khan el-Khalili, and The Haunting of Tram Car 015.