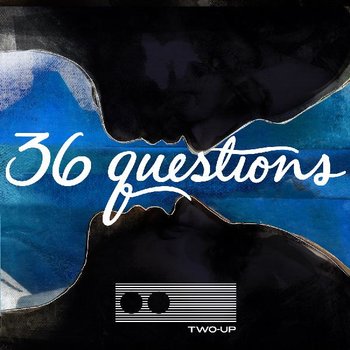 "I am going on the record here to make this right"
Well, it’s definitely a poetic gesture. You and I fell in love when we did the 36 Questions two years ago. Why wouldn't it work twice?
— Jase
Advertisement:

The musical follows the story of Judith Ford, who is trying to fix her relationship with her estranged husband after he found out her life was a lie. Her plan to do so involves getting him to answer the "36 Questions" that are designed to bring two strangers closer together.

The story does not have a traditional narrator - instead, the musical is framed as if it's all just being recorded on Judith's mobile phone, and characters will occasionally start Narrating the Present for the sake of the recording.

The show can be listened to on Spotify, Apple Podcasts, or Bandcamp.com