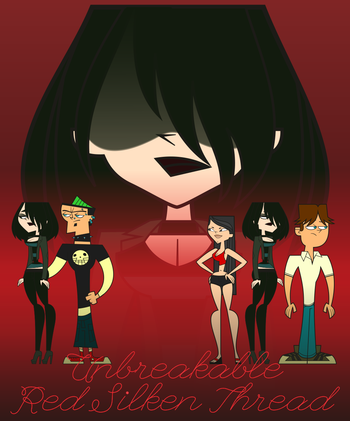 is a Total Drama story made by Rufus T. Serenity.

Fate, destiny, chance, and luck. Four of the most powerful forces in existence, and all of them have had it out for Cody Emmett Jameson Anderson, Heather Wilson, and Gwen Fahlenbock since the days they were born. Fortunately, those same four forces have got it in for each other as well. Rated M for sex and other mature, darkly realistic subject matters.

The story is ongoing.Also has a Character sheet.