Literature / Tell Me How You Really Feel 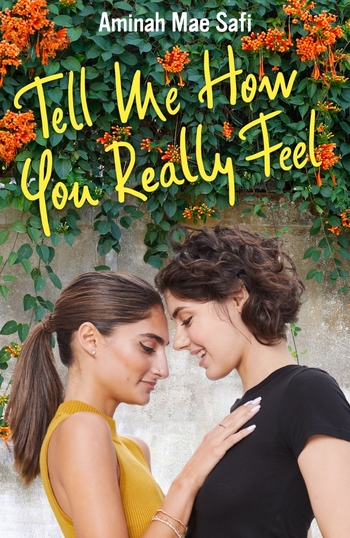 Sana Khan has had a crush on her classmate Rachel Recht for years. However, when she asked Rachel out, the latter thought it was a joke and rebuffed her, loathing Sana for it ever since. Sana still wants to get on Rachel's good side, and tries to help her on seeing Rachel struggling with film equipment. This ends with the pair colliding though and cracking a camera Rachel was carrying. Rachel's teacher orders Sana to help Rachel on her film project adapting The Iliad called Helen Of Troy, as a way to compenstate for this, infuriating Rachel. However, over time despite her misgivings the two become closer.