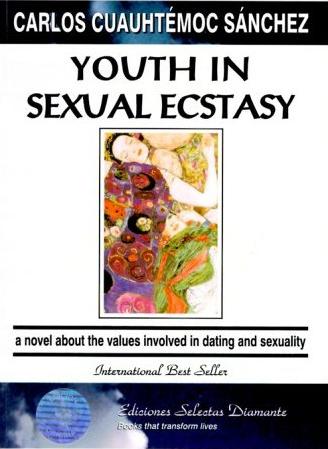 Youth in Sexual Ecstasy (Juventud en Extasis) is a novel by the Mexican author of self-help books Carlos Cuauhtemoc Sanchez.

The novel is dedicated to young readers and deals with the themes of love, dating and sex, while promoting the more conservative values on those topics.

The plot is centered on Efren Alvear, a college-aged young man with an active sex life, who on the night's prom starts a conversation with Joanna, the school's most attractive girl whom he has a long-standing lust for. After a few drinks and dancing, he sleeps with her, but finds it a hollow experience. Worse, he acquires an STD; while looking for a physician he comes across the card of a specialist on "sexual dysfunctions" called Dr. Asaf Marin. Efren goes to him for his STD treatment but the doctor in his several sessions with him makes him change on his views on love and sex.

A sequel/follow-up was written by the same author. On it Efren, now an older man, has to deal with supporting and protecting his college-aged daughter from her abusive boyfriend and dealing with the strange murder of one of her friends, while arming his daughter and her classmates with the ideas of the previous book.

Compare and contrast to The Game