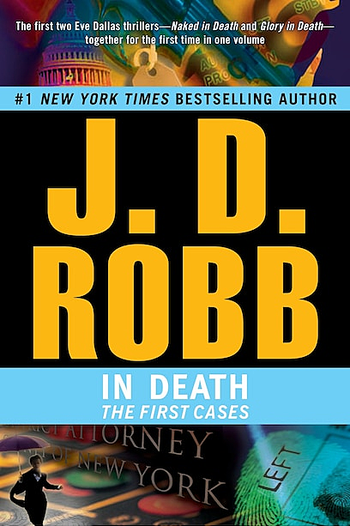 A series of books by Nora Roberts (writing as J.D. Robb), featuring police detective Eve Dallas in 2058 New York City. The series has been described as Law & Order IN THE FUTURE! She meets, and later marries, the multi-billionaire Roarke. The series concerns Eve and Roarke, and their efforts to catch various killers, psychos, and the occasional case of science gone bad.
Advertisement:
Books in this series

Eve: I expect the lab to confirm the elephant this morning.
Roarke: That's not a phrase you hear often.
Eve: Heavy object used to whack Mr. Mira. Fancy elephant statue.