Film / The Sun Is Also A Star 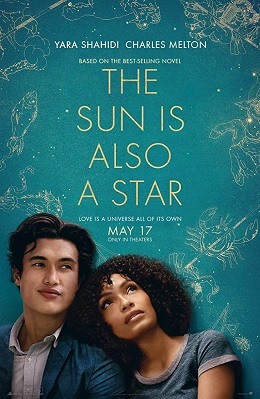 The Sun is Also a Star is an American teen romance movie released in 2019 based on the book of the same name by Nicola Yoon, author of Everything, Everything.

Jamaican-born teenager Natasha Kingsley is about to be deported alongside with her family, but on her last day on New York she makes a desperate last ditch effort to remain in the U.S.; it's then when fate intervenes and she meets Daniel Bae, a young student and the son of Korean immigrants. They quickly connect and a relationship blossoms, but will they be able to keep it afloat in spite of the impending deportation of Natasha and her family?

The Sun is Also a Star provides examples of: