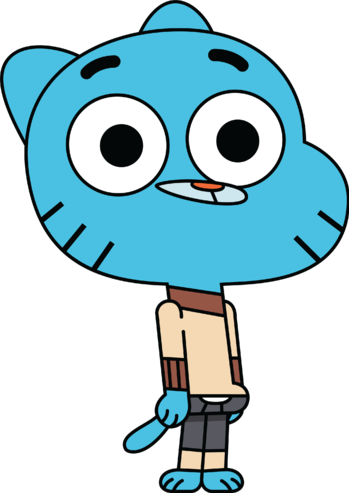 "My brain is amazing. When I find something boring, it actually prevents me from hearing it."

Last appearance: Season 6, "The Inquisition"
The eponymous main character. Gumball is a twelve-year-old anthropomorphic blue cat who attends middle school at Elmore Junior High. A mischief maker and somewhat lazy, the show revolves around his various mishaps around Elmore. Tends to have questionable morals at times and can be a little selfish as well.
open/close all folders
A-E
F-K
L-R