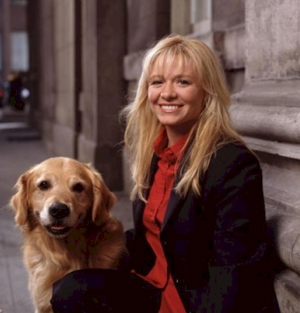 Sue Thomas: F.B.Eye (2002-2005) was a police drama very loosely based on the real-life story of Sue Thomas, a deaf investigative analyst working at Washington, D.C. It aired on the ill-fated PAX network and was cancelled in 2005, when the network decided to cancel all original series due to budget problems. Despite this, it was one of the network's highest-rated shows. The final episode ended with "The End... for now," and there have been sporadic rumors of a continuation movie.note Early in 2013, Deanne Bray announced online that she was scheduled to work on a "Sue Thomas" film this upcoming fall, and the official website confirms that a film is in the works; it is currently unknown if the rest of the original cast will reprise their roles. However, it seems to have fallen into Development Hell, since no movie has been released since.
Advertisement:

The entire series is available on DVD