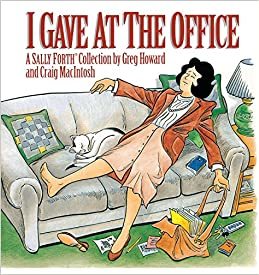 Sally Forth is a King Features syndicated newspaper comic, originally written and drawn by Greg Howard (then a recently retired lawyer), and introduced in 1982. It is a slice-of-life domestic comedy, tending towards story arcs but often using the gag-a-day format for the Sunday strips. In 1992, Craig MacIntosh took over the drawing with Howard continuing to write. Then, in 1999, Francesco Marciuliano

took over the writing, when Howard left the strip completely (and when arguably the strip entered into its full form). Sally Forth is carried in nearly 700 papers nationwide.

This strip should not be confused with the decidedly more adult military comic of the same title by Wally Wood.