Series / Man About the House 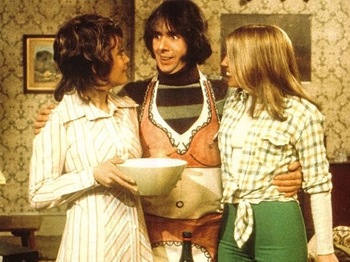 The series had six seasons in total, but they were only broadcast over a space of three years. A theatrical film was also released in 1974.

The show had two spinoffs (George & Mildred and Robin's Nest) and a very successful American remake in the form of Three's Company.

Man About the House was primarily created as a vehicle for Richard O'Sullivan, who was a rising star at the time thanks to his role in another Brit Com, Doctor in the House.