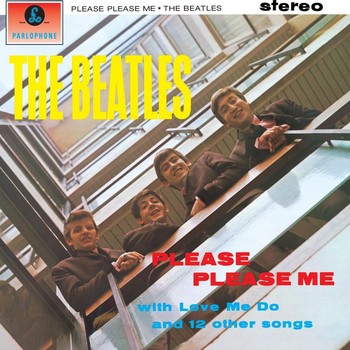 A pleasing album that will make you twist and shout!
Advertisement:

Please Please Me is the debut studio album by The Beatles, released in 1963. It is best remembered for the hit singles "Love Me Do" and "Please Please Me". Fan favourites such as "I Saw Her Standing There", "There's A Place" and the cover "Twist And Shout" are also present on this album.

It may or may not sound like it to modern ears, but no British band in 1963 had ever recorded anything this wild. Lemmy from Motörhead used to go and see the early Beatles, and he considered them "the gear" and a better live band than

I Saw Her Troping There: