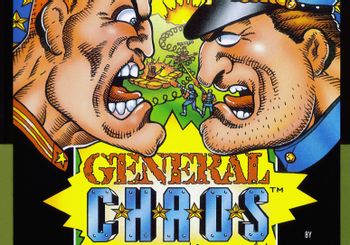 A squad-based tactical-action war game for the Sega Genesis that was released world-wide by Electronic Arts in 1994. The game was created by programmer Brian Colin and graphic designer Jeff Nauman, both formerly of Midway Games. One to four players take part in the endless warfare between General Chaos, commander of Moronica, and General Havoc, the Vicerian military strongman.