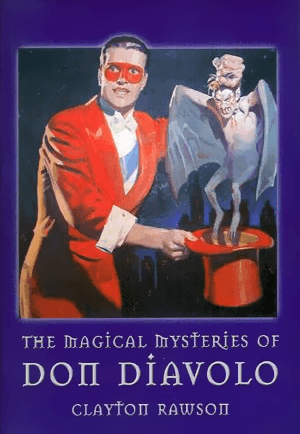 Despite the cover, the mysteries have mundane solutions
Advertisement:

Who better to solve an "impossible crime" than someone who does the impossible for a living? The Magician Detective is a Stage Magician who uses his skills with illusion to solve crimes.

It is important to note that the Magician Detective does not have any actual supernatural powers and usually doesn't even believe in the supernatural. It is his disbelief that allows him to look at an "impossible crime" and realize that there must be a logical explanation and he possesses the skills to work out how it was done.

Not to be confused with the Occult Detective who has actual magical powers and deals with crimes that truly are supernatural. Although it's not impossible for them to overlap...